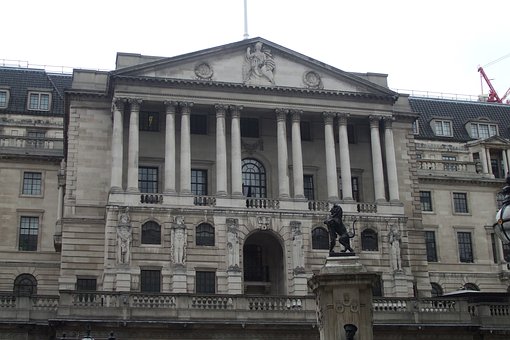 The increase marks the fifth base rate rise since December 2021 after a decade of historic lows.

The MPC minutes say that UK GDP was weaker than expected in April, partly reflecting a further decline in Test and Trace activity.

The BoE now expect GDP to fall by 0.3% in the second quarter, which is weaker than anticipated at the time of the May report.

The committee expects inflation to be over 9% during the next few months and to rise to slightly above 11% in October. The increase in October reflects higher projected household energy prices following a prospective additional large increase in the Ofgem price cap.

Just Mortgages national operations director John Phillips says the increase “feels like rates are on the upwards swing of a pendulum which is rapidly gaining momentum”.

“Although this increase will translate into higher mortgage rates, the housing market remains resilient and feedback from our brokers across the country tells us that activity for purchases and re-mortgages remains high.”

Commenting on the rise, Quilter mortgage expert Karen Noye says: “The last time interest rates were above 1% was back in 2009 and Gordon Brown was trying to shore up the economy following the financial crisis. While we are now living in very different fiscal times, interest rates have once again risen past 1% and it could spell the start of a difficult period for the economy and particularly for house prices.”

“Further rate hikes are certainly not out of the question, and this could start to impact house prices. The housing market is already showing signs of a slowdown and how well it can weather further rate rises, alongside raging inflation, is yet to be seen but the prognosis is not good.”

“Once again, the biggest losers are first time buyers. They face a steep uphill battle to get on the housing ladder having to contend with rising interest rates, which make mortgages less affordable, inflation eating away at their deposits and the rest of the cost-of-living pressures. With wages failing to keep up with runaway house prices this is likely to be one of the most difficult times in the last few decades, if not longer, to be trying to get your foot on the housing ladder,” Noye adds.

Yesterday, the US raised key interest rates by three quarters of a percentage point to a range of 1.5% to 1.75%, the third increase since March.

Forecasts after the announcement in the US showed officials expect the Federal Reserve rate to be 3.4% by the end of the year.

At the start of May, the BoE increased the base rate by 25 basis points to 1% after MPC voted by a majority of 6-3 with the remaining three saying they would prefer to increase the bank rate by 0.5 percentage points, to 1.25%.

Previous expectations were that inflation would peak at “around” 7.25% in April but were revised upwards prior to the MPC meeting in March because of the Russian invasion of Ukraine and its attendant effect on commodity prices alongside further supply chain disruption.

Data from the Office for National Statistics (ONS) showed that inflation in the UK had climbed to 9% in April.

The latest figure is driven by increases in fuel prices, energy and food costs. The ONS reported that energy prices rose by 46.5% on the month, with electricity up 40.5% and gas 66.8%, as the Ofgem price cap was increased.

In May, MPC member Michael Saunders said that, in his opinion, inflation may exceed the 10% peak forecast for Q4 2022 in the latest monetary policy report (MPR).

The report forecast expects inflation to fall to “slightly above” 2% two years later.

However, Saunders details a belief that demand will be more resilient than the MPR forecast calculates.

Phoebus Software sales and marketing director Richard Pike says: “Today’s increase is one that most people were expecting and, hopefully, preparing for. The thing to understand is that this is a global problem, just yesterday the US increased its interest rates by the biggest percentage in 30 years, we are not alone in having to deal with spiralling inflation. Covid and the war in Ukraine have both taken a huge toll and the knock-on effect will be long lasting.”

“In this rising inflation and interest environment, even though the increments are small, real wages are reportedly already struggling to keep pace. So it is inevitable that some households will be starting to feel the pinch. It is encouraging, therefore, to read that the FCA has today reminded lenders of their responsibility to provide help to customers struggling with payments. However, this does of course mean that lenders will need the resources to identify vulnerable borrowers at an early stage to be able to offer the help that is required.”

Air Mortgage Club chief executive Stuart Wilson adds: “Today’s interest rate rise of 1.25% marks the next instalment of the Bank of England’s attempts to counter rising inflation – now well above official targets, surpassing 9% in May. In the face of rising inflation and a steadily increasing base rate, older people – especially those on fixed incomes – are increasingly considering all their options.”